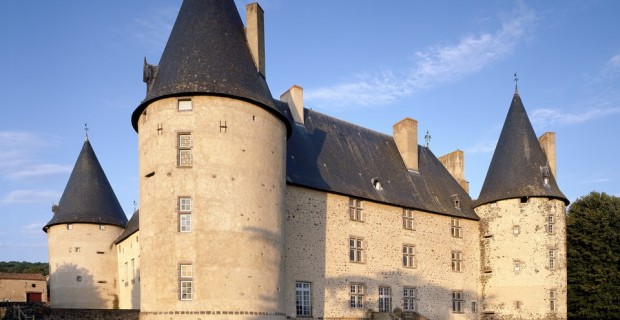 This week, we visited the castle of Villeneuve-Lembron, in the South of Puy-de-Dôme, 15 minutes from Issoire and a few minutes from the A75 highway. Gathered under a beautiful June sun, the castle staff welcomed us under the trees for a good breakfast! Then, we could visit the castle and discover all the restoration work that has been carried out over the past 2 years. 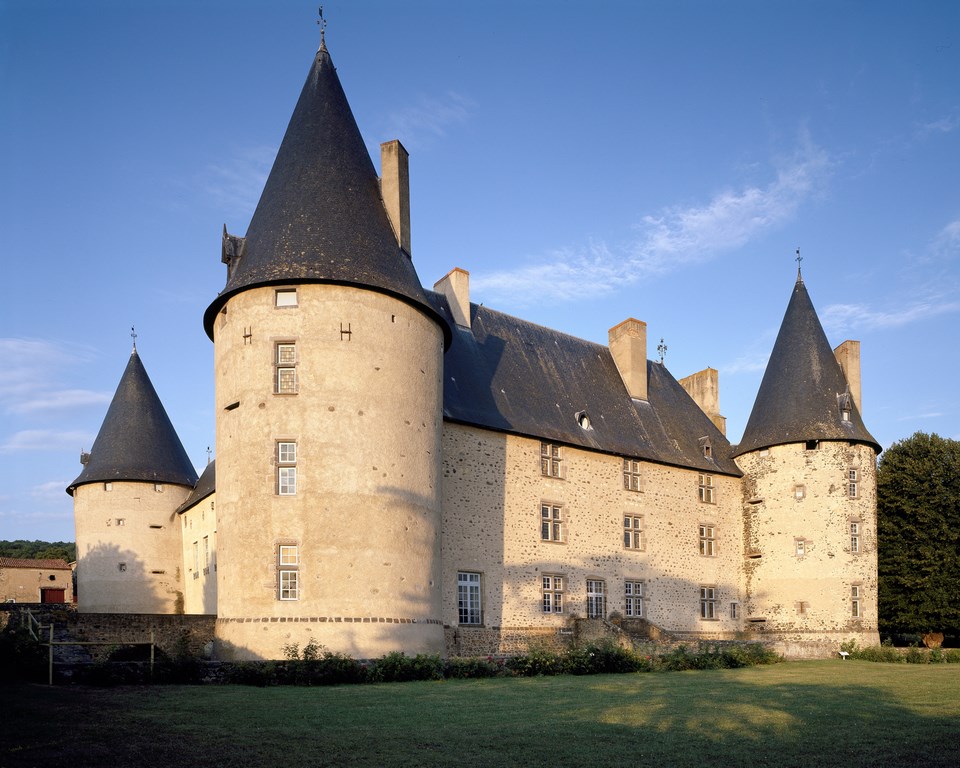 2016: the rebirth of the Château de Villeneuve-Lembron

Listed as a Historic Monument and managed by the Centre des Monuments Nationaux, the castle of Villeneuve-Lembron was built at the end of the Middle Ages and preserves exceptional painted decorations. For 2 years, the interior of the castle had been not open to the public because important work had been undertaken. Overall, more than 2.25 million euros were invested by the Centre des Monuments Nationaux to consolidate the parts that threatened to collapse and completely overhaul the collections!

And now, the visit!

Between the Middle Ages and the Renaissance 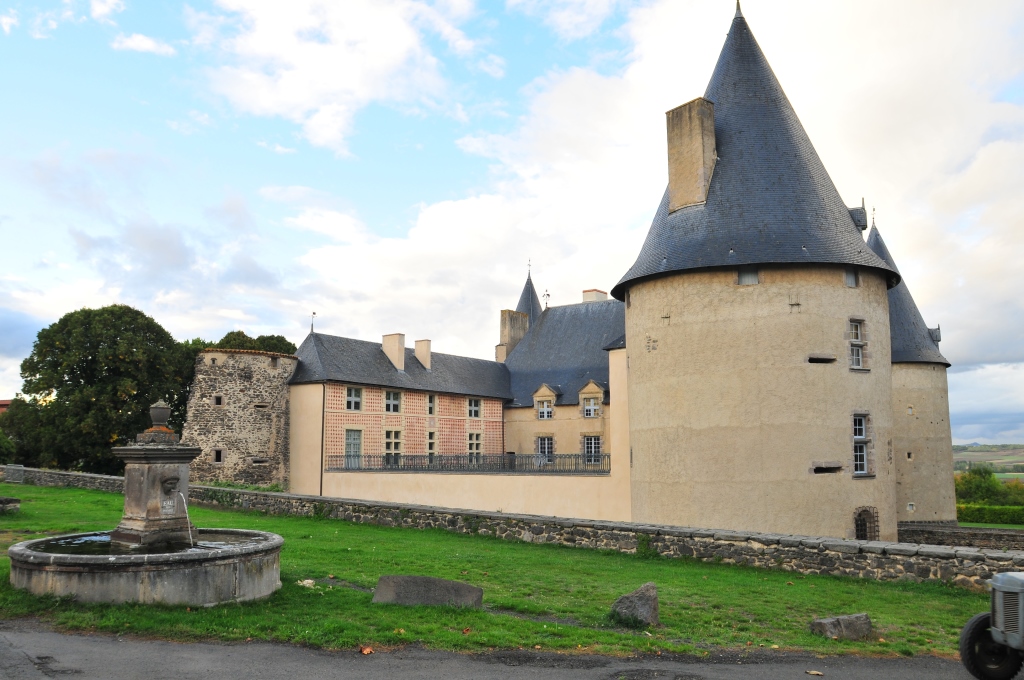 Built at the end of the 15th century, the castle expresses in its construction the transition between the Middle Ages and the Renaissance. This is one of its main characteristics. Its 4 imposing towers, cannon port and ditches evoke buildings from the Middle Ages, while the interior courtyard and painted decorations are an expression of the Renaissance.

In the interior gallery, we get to know Rigaud d’Aureille, thanks to his portrait of him as a Renaissance scholar. 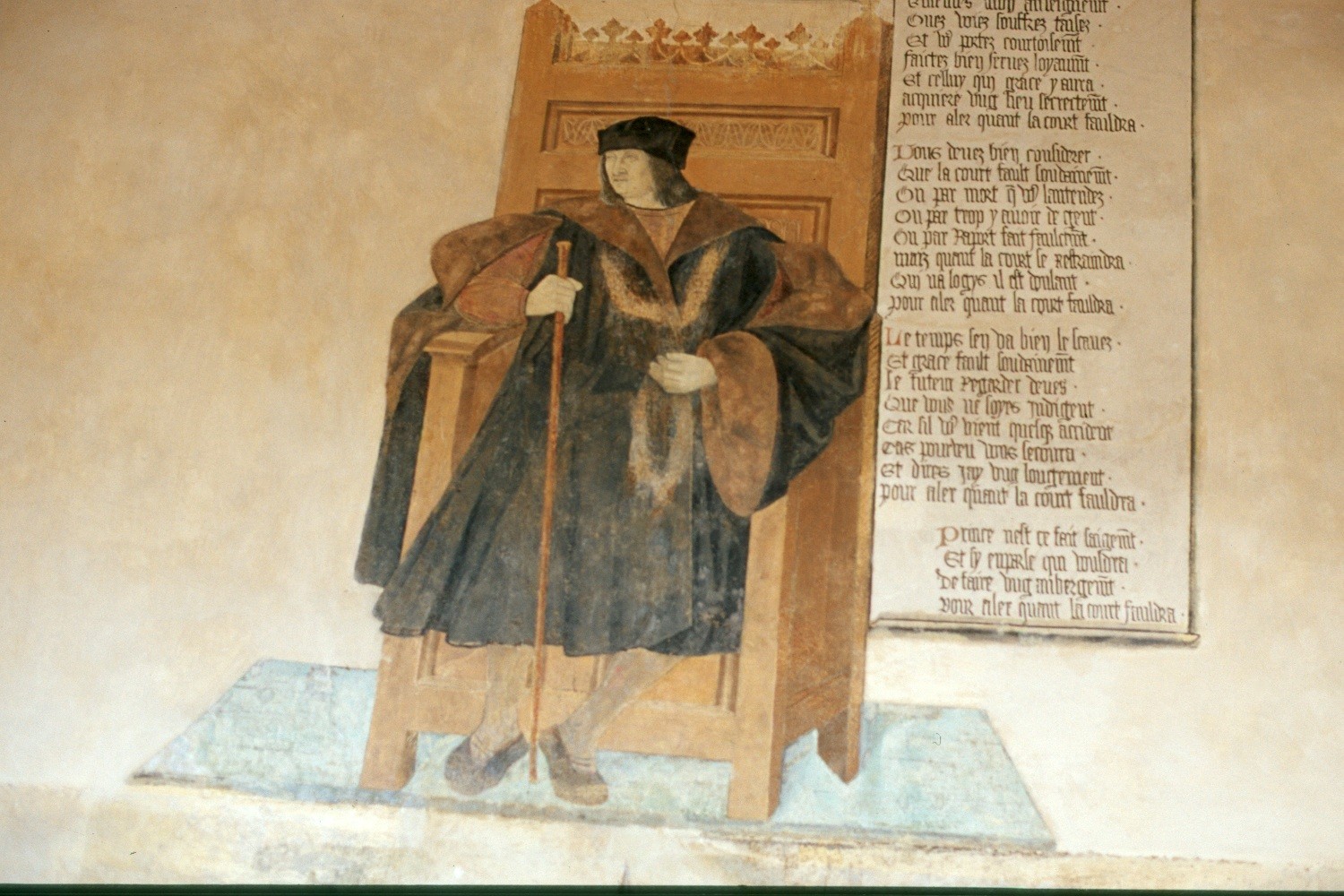 Baron de Villeneuve and butler of the kings Louis XI, Charles VIII, Louis XII and François I, he then embarked on a diplomatic career. Back in Villeneuve, Rigault d’Aureille probably considered the old family mansion too small and had this new castle built.

Around his portrait, we also discover his hunting trophies and funny wall paintings on the relations of authority between men and women. 2 of them represent Chiche-face and Bigorne, fantastic and satirical animals.

Decoration of the exterior gallery of the castle of Villeneuve-Lembron ©Ph. Berthé, CMN, Paris

Chiche-face only feeds on women who obey their husbands… while Bigorne feeds on husbands who obey their wives. It’s up to you to make up your mind on the point of view of the owner of the house!

The elements of the kitchen and the facilities on display invite us to imagine the dishes that came out of this room, the people who were busy there. For example, a 16th century rotisserie system can be found there. 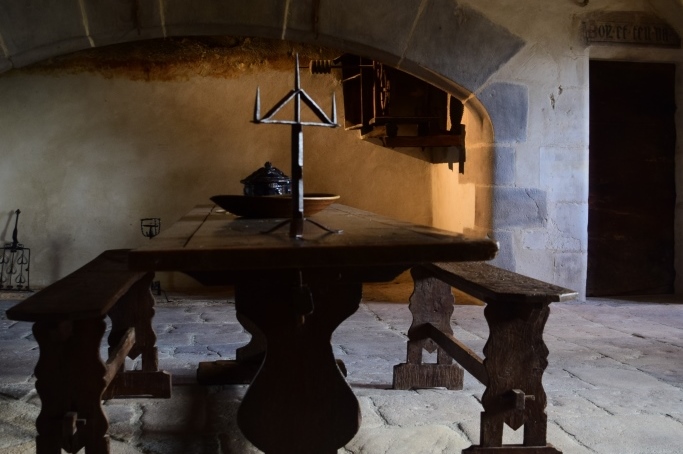 Kitchen of the castle of Villeneuve-Lembron

This room owes its name to the frieze painted by Maximilien d’Aureille. Between the coats of arms, we find grotesques, these characters or objects mixed with fantasies discovered during the Renaissance. 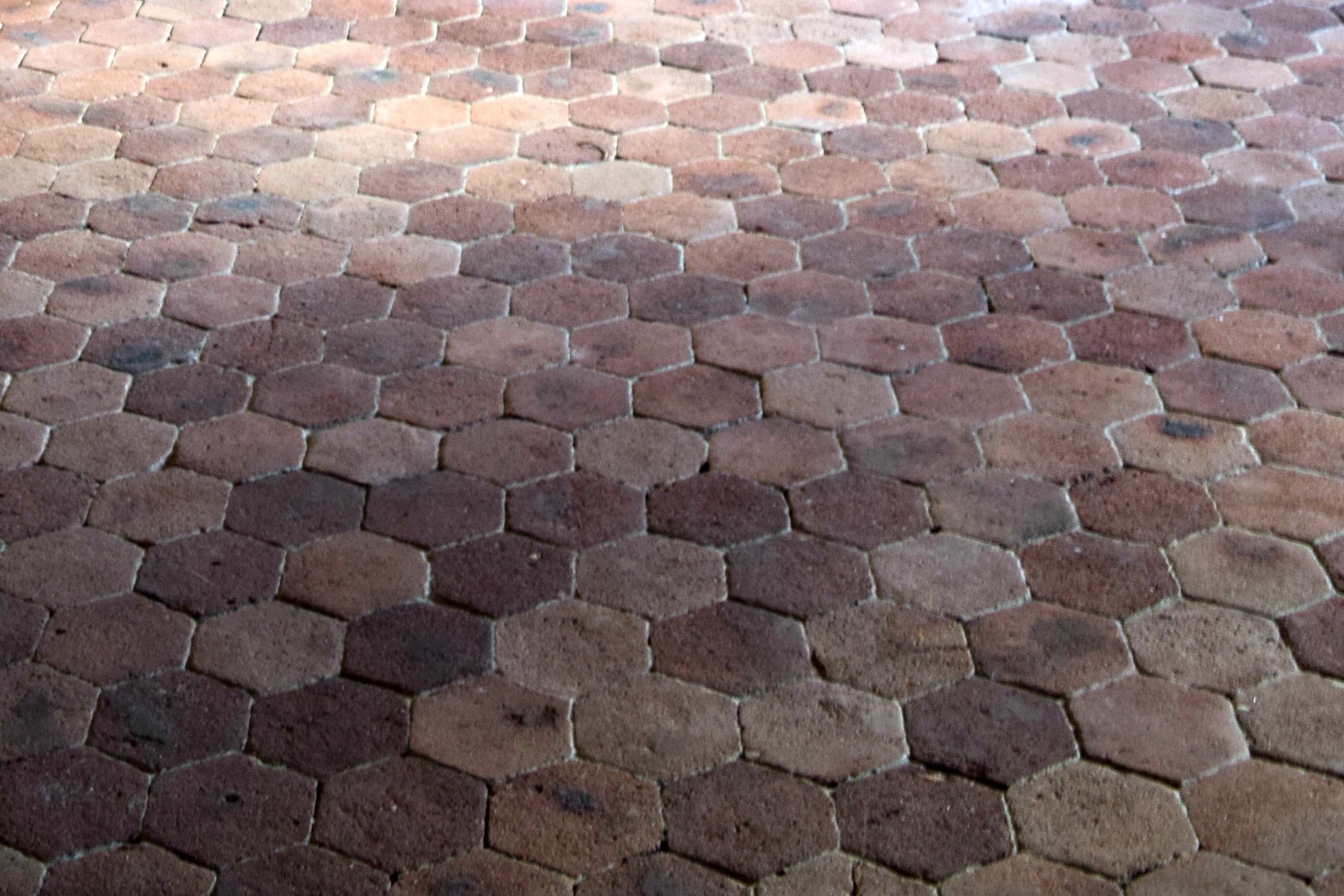 During the restoration, the floor tiles in this room were completely removed and then repositioned to create a new floor! In addition, one of the tapestries, ordered by Rigaud d’Aureille, also finds its place in this room. As an anecdote, in the 20th century, judging that it was not correct for the men’s hands to be inside women’s dresses, they were all put back on top! 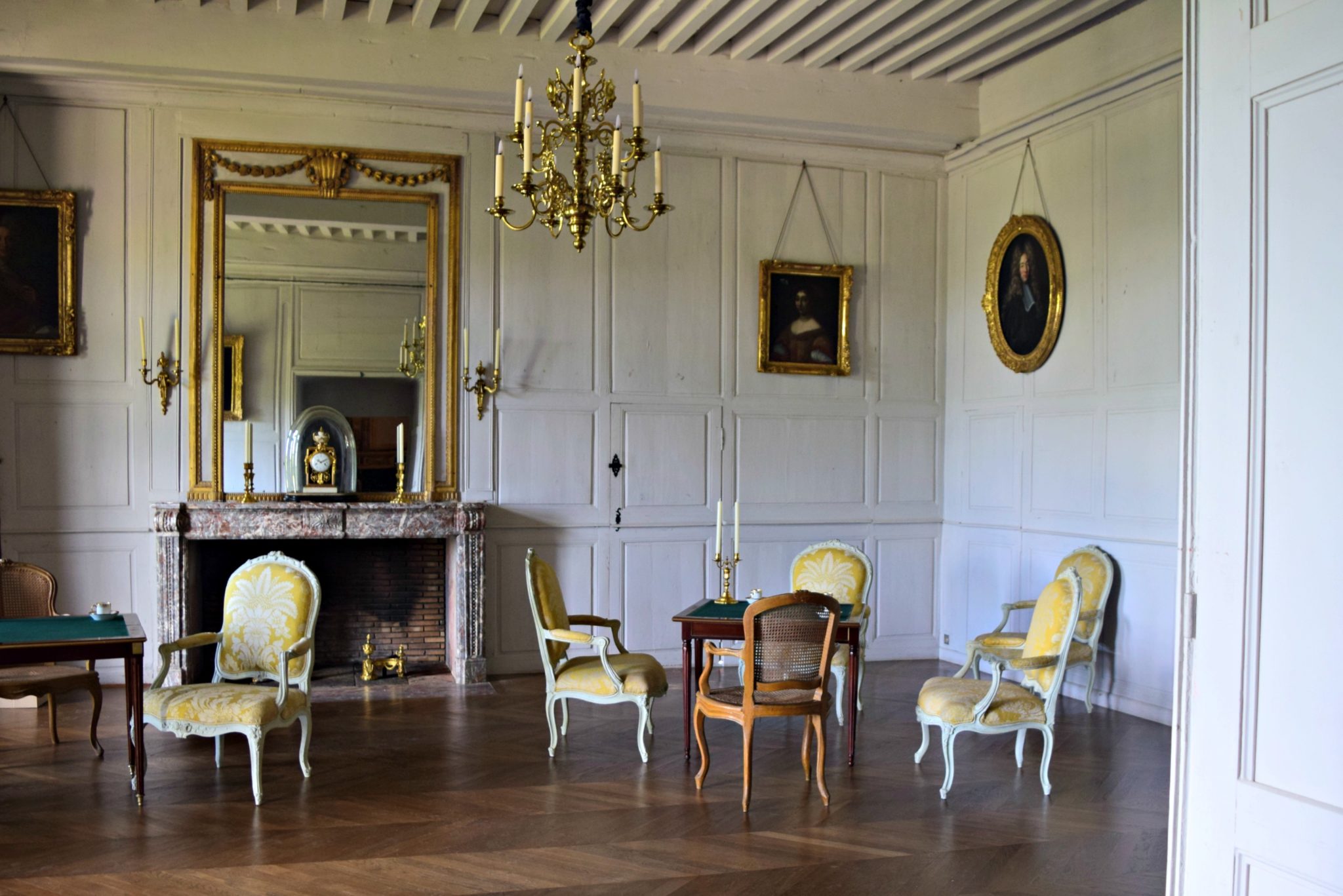 For the reopening, the White Room has undergone a real metamorphosis. Entirely panelled in white, the room has recovered its eight family portraits. Paintings from the 17th century, which a descendant of the Pelissier de Féligonde, the last major owners of the castle, agreed to sell to the Centre of national monuments. The current arrangement of the living room, with its furniture and paintings, really brings back a lived-in character to the castle.

Upstairs, visitors will find many surprises. First we travel through the gallery with a magnificent unfinished fresco drawing a port city. 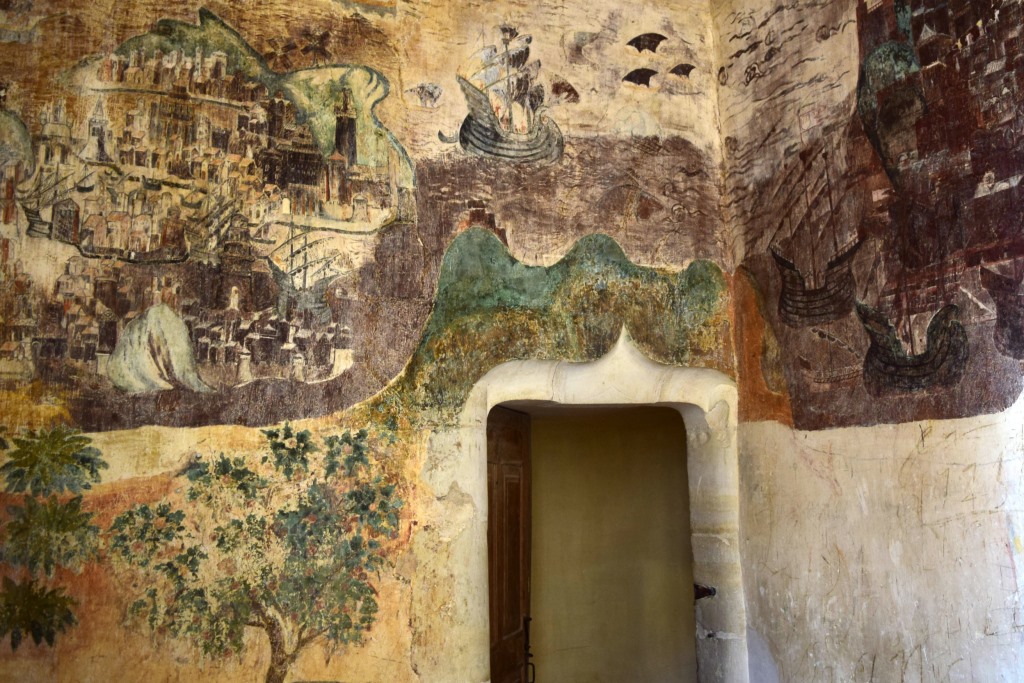 Fresco in the interior gallery of the Villeneuve-Lembron castle

All along the gallery, the graffiti that we discover then leave us thinking, some of them sometimes dating back several centuries! Finally, at the very end, you can admire a splendid 18th century sedan chair that belonged to the Pelissier de Féligonde and has been completely restored. 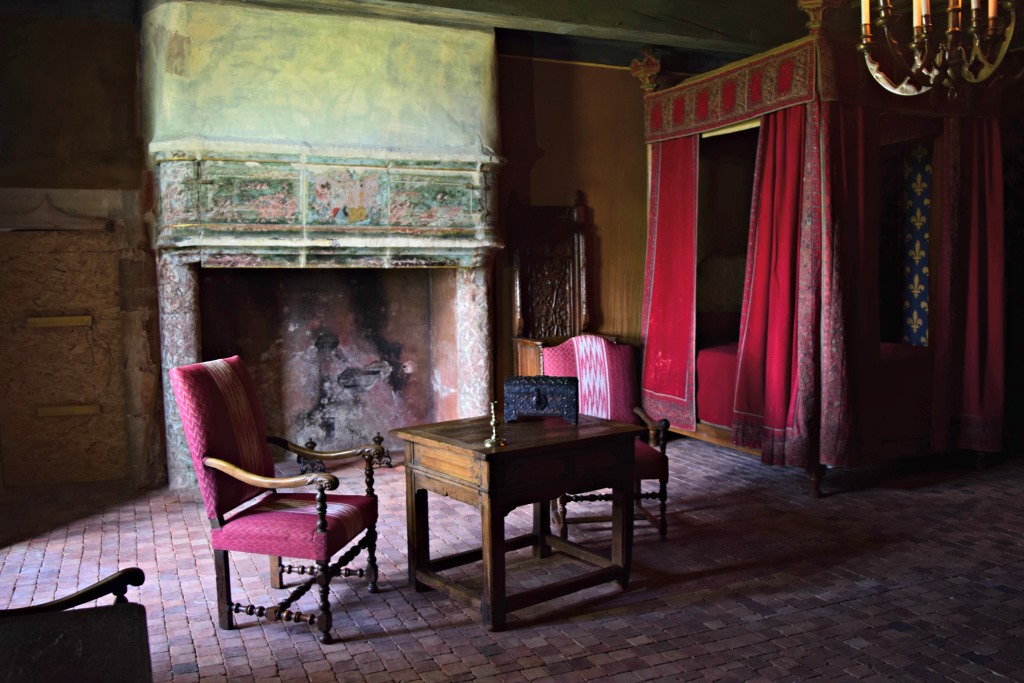 Then, we are invited to rest in Rigaud d’Aureille’s bedroom, where François 1st slept during his trip to Auvergne on July 15, 1533, and in the shepherdess’ bedroom, which preserves magnificent Aubusson tapestries representing Godefroy de Bouillon.

Finally, on the second floor, we discover the new rooms dedicated to temporary exhibitions. Here too, the restoration has given a new lease of life to the floor of the tomettes.

Don’t leave without visiting the stable, as it is also one of the main rooms of the castle!

Entirely painted in the second half of the 16th century, it remains today 50% of the decoration. Playing on the opposition between good and evil, the paintings in the North evoke scenes of violence and war while in the South, they address the themes of music and carnival.

The park, the chapel… we didn’t tell you everything about the castle of Villeneuve-Lembron, nor did we show you everything. On the other hand, we can only advise you one thing, to visit it: See the schedules! Moreover, take advantage of this summer to (re)discover the castle!