Home I discover Wine and cheese The wines of Auvergne

The wines of Auvergne

Auvergne is a region of cheeses. Yes, but not only cheeses – since people here say “Nice wines to drink, nice girls to see” in Issoire!

Auvergne is indeed little known for wine, but Pays d’Issoire, with its favourable climate, has a long winemaking tradition. For proof, you only need to see all the winemakers’ houses and the sunny hillsides… Winemaking reached its peak here in the 19th century, and Auvergne even had the third biggest vineyards in France until 1895. But the arrival of phylloxera (an aphid that attacks vines) put a stop to this expansion. From 40 000 hectares at the end of the 19th century, today there are about 500 hectares of vineyards.

Over the past few years, the determination and passion shown by winemakers to bring these original and typical wines back to life led to the creation of the AOP Côtes d’Auvergne in late 2010. One of the most significant achievements is without doubt in the village of Boudes in the Lembron area, where one of the most highly appreciated Auvergne wines is made. The red grape varieties, Gamay and Pinot, cover almost 90 % of the vineyards in the department. But Chardonnay, Syrah, Sauvignon and Viognier can also be found.

You can taste red, white or rosé wines from Boudes. And we strongly recommend visiting the  village of Boudes to understand its vineyards, past and present.

Lastly, to taste our Auvergne wines, visit one of our winemakers. 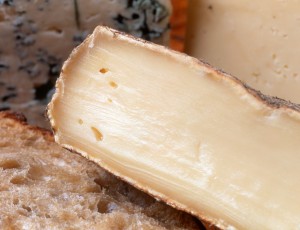