“The little Scotland of Auvergne”

The volcanic plateau of Le Cézallier, sometimes called the “little Scotland of Auvergne”, is half way between the Sancy mountains to the north and the Cantal hills to the south, and at the heart of the Regional Nature Park of the Auvergne Volcanoes.

1000 metres above sea level, these plateaus were given their rounded, bumpy shape by glaciers. The vast group of granite plateaus, rising between the Monts Dore and the Monts du Cantal, is dominated by the Signal du Luguet with its peak at 1551 m. From time immemorial, this arable land has been the home of cows feeding peaceably in the grass.

Agriculture, and particularly livestock and dairy farming, is the main economic activity in Le Cézallier. Little by little, our ancestors cleared away the mountain beeches to make high pastureland known as “mountain” pastures. For a long time, the burons, the little Auvergne stone houses with their slate or flagstone roofs, were the seasonal accommodation (from May to October) for herdsmen taking care of their Salers cattle, and known as buronniers. Inside the burons, there was a small room where the herdsman lived and made cheese (Cantal, Saint Nectaire, Salers) during the summer. Today, herds of dairy cattle and their calves move up to the pastures in Le Cézallier in spring. The burons are no longer used as accommodation or for making cheese, but can still be seen, scattered across the mountains.

The architecture of Le Cézallier has been adapted to the rough climate in the area. Here you will see robust houses made of volcanic rock with slate or flagstone roofs.

At the edge of Puy-de-Dôme, the village of La Godivelle is both the highest and the least populated village in the department. It is nestled between its two lakes, the Lac d’en Bas (the Lower Lake), formed by glaciers, and the Lac d’en Haut (the Upper Lake), a crater lake.

At the gates of Le Cézallier, the village of Ardes is the former capital of the Duchy of Mercœur. This old tanners’ village is charaterised by its tunnels, narrow passageways linking the outskirts of the town directly to the centre.

In the villages and on the plateaus, a large number of churches and chapels contain beautiful works of Romanesque art:

Auvergne is one of France’s richest peatland regions and Le Cézallier is the area with the most. When the glaciers withdrew 12 000 years ago, they left a series of damp hollows where peat bogs developed. The peatland contains typical plant and animal life, linked to the climate the fact that water is everywhere: leopard plants, downy willows, otters and crescent bluets, a dragonfly that is extremely rare in western Europe.

The peatland is protected by one of the oldest natural reserves, the Sagnes de La Godivelle Natural Reserve.
Every summer, the Reserve House organises guided visits to explore this exceptional environment. 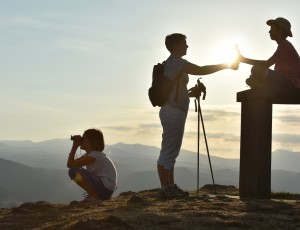 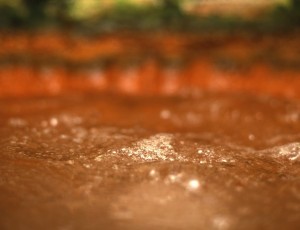 In Pays d’Issoire, water is everywhere in all its forms, shaping the landsc... 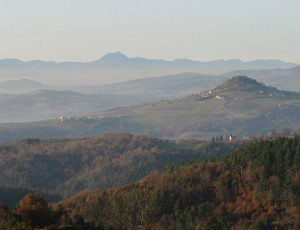