The reign of Romanesque art

During the Romanesque period, in the 12th and 13th centuries, Auvergne experienced remarkable spiritual and artistic ferment. The Romanesque art that was typical of Auvergne was developed, especially in Pays d’Issoire.

Saint-Austremoine abbey church at the forefront

Saint-Austremoin abbey church in Issoire is one of the top 5 – the top 5 major Romanesque churches in Lower Auvergne ! It is easily the biggest and the most decorated of all. As you go inside, you are not expecting to see such a surprising variety of colours or the remarkable capitals with narrative scenes! Outside, the sculpted zodiac and terraced structures on its chevet are also very impressive.

The abbey church – as if you were there:

See inside the abbey church at 360° (by Nicolas Lachaise, Booster Media)

See the abbey church crypt at 360° (by Studio Horiot)

A constellation of Romanesque churches

As well as this major edifice, there is a also a whole host of Romanesque churches in the region displaying their medieval bestiary, purity of line and interplay of forms… One of them, although more modest, is very well appreciated by connoisseurs of Romanesque art: Notre-Dame-de Mailhat church in Lamontgie is recognised for the variety and quality of its sculptures on the porch, chevet and choir.

The hillside chapels, also in Romanesque style, that are characteristic of Pays d’Issoire are former castle chapels built on top of hills and peaks. As you travel through the region, it is well worth making a detour to visit them: Roche-Charles-la-Mayrand, Saint-Hérent, Dauzat-sur-Vodable, Saint-Jean-Saint-Gervais, Ronzières in Tourzel-Ronzières, Brionnet in Saurier, Le Chastel in Saint-Floret. 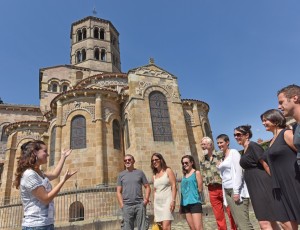 Issoire, gateway to the South Issoire, a town in Auvergne with 15 000 habitants, ... 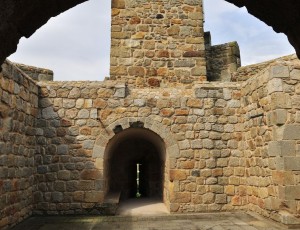 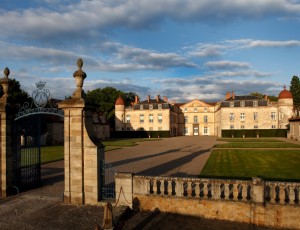 Châteaux and Castles At one time, in the Middle Ages, the Pays d’Issoire hill...