Home I plan On a motor bike Motorcycle tour

This is the ideal means of transport to visit the region and make its suprising landscapes your own. In a beautiful setting with plenty of twists and turns, on your bike you can enjoy some great roads, but also some astonishing views, with breathtaking landscapes, fine, traditional villages such as Usson, Montpeyroux and Saint-Floret, meals made from local produce, castles and chateaus filled with history… All you need to do is to stop, look, take your time and enjoy!

Discover the circuits and prepare your motorcycling trip:

Head for the heights until you’re right next to the volcanoes, on this 350 km trip featuring bends and adventurous roads. Charade, le Puy de Dôme, le Sancy, le Col du Guéry, le Col de la Croix Morand, St Nectaire and Besse, up to the plateaux of le Cézallier. And don’t forget to come and explore le Livradois, which is a less well-known and more mysterious part of Auvergne, one for the well-informed connoisseur; a real feast for motorcyclists!
Its hills and bends make for an imposing setting, with incredible views over the volcanoes and the Monts du Forez. Allow a little time to discover the towns and villages stretching along this route, including Clermont-Ferrand, of course, but also Royat, Issoire, Ambert and Montpeyroux, which is one of France’s loveliest villages! And before you finish the circuit, you’ll be able to see a helmet… but not just any helmet! This depicts the one that belonged to Vercingétorix, which sits imposingly above Gergovie, and from which you’ll enjoy the most amazing 360° views.

Race against the elements along this volcanic motorcycle route that highlights the best of the exceptional Puy-de-Dôme department. Discover the age-old volcanoes of the Chaîne des Puys, the younger (and higher) volcanic landscapes of the Sancy Mountains, the magnificent wild plateaus of the Cézallier, the gorges of the Sioule River, pristine lakes and endless mountains. Stop in the not-to-be-missed villages of Le Mont-Dore, Besse and La Bourboule, then immerse yourself in motorcycle culture at the Aventure Michelin museum, the Voxan Museum or with the Indian collection of the Baster Museum. The roads, encounters and landscapes along this route seem to have been made for riding!

The highest of our routes in Auvergne, ride from the ridges of the Cantal to the foothills of the Sancy Mountains by way of the Peyrol mountain pass, the village of Salers, the Prat de Bouc mountain pass, the peak of the Plomb du Cantal and the Cézallier plateau. Continue the tour down to the gorges of the Truyère River via the Brezons Valley, the spa town of Chaudes-Aigues, the Garabit viaduct, the mountains of the Margeride and the city of Saint-Flour. This route offers all the pleasures a biker could ask for; it’s a picture-postcard of Auvergne by motorcycle that will surely top the list of your favourite road trips. 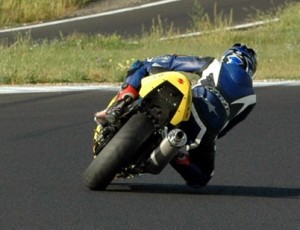