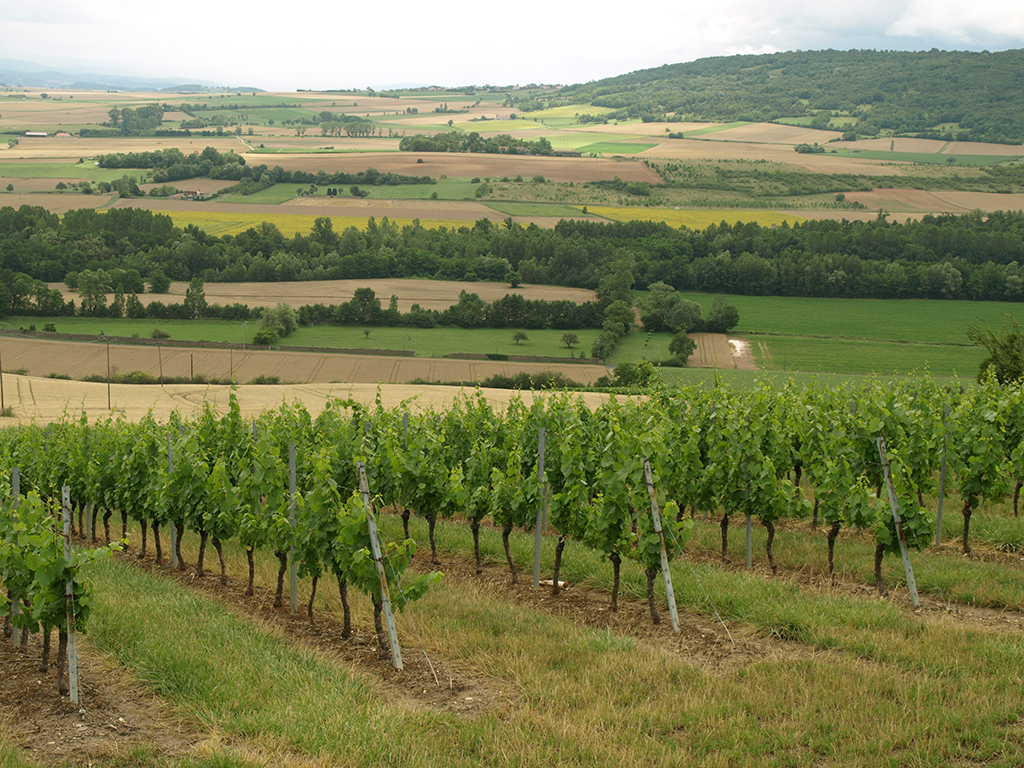 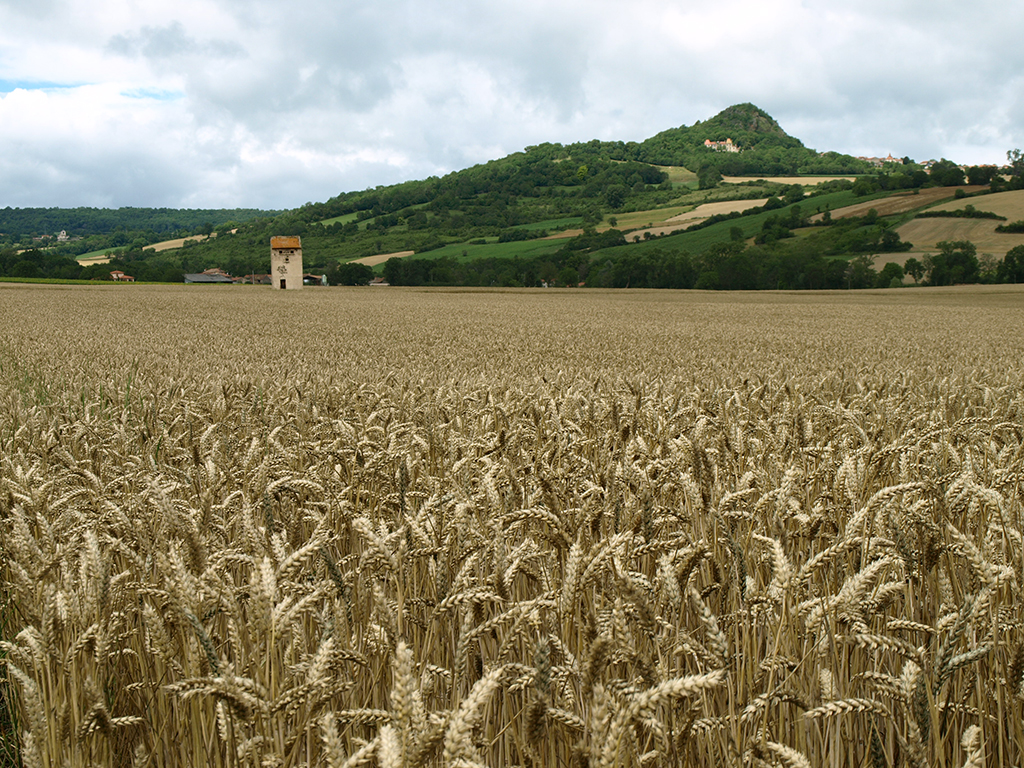 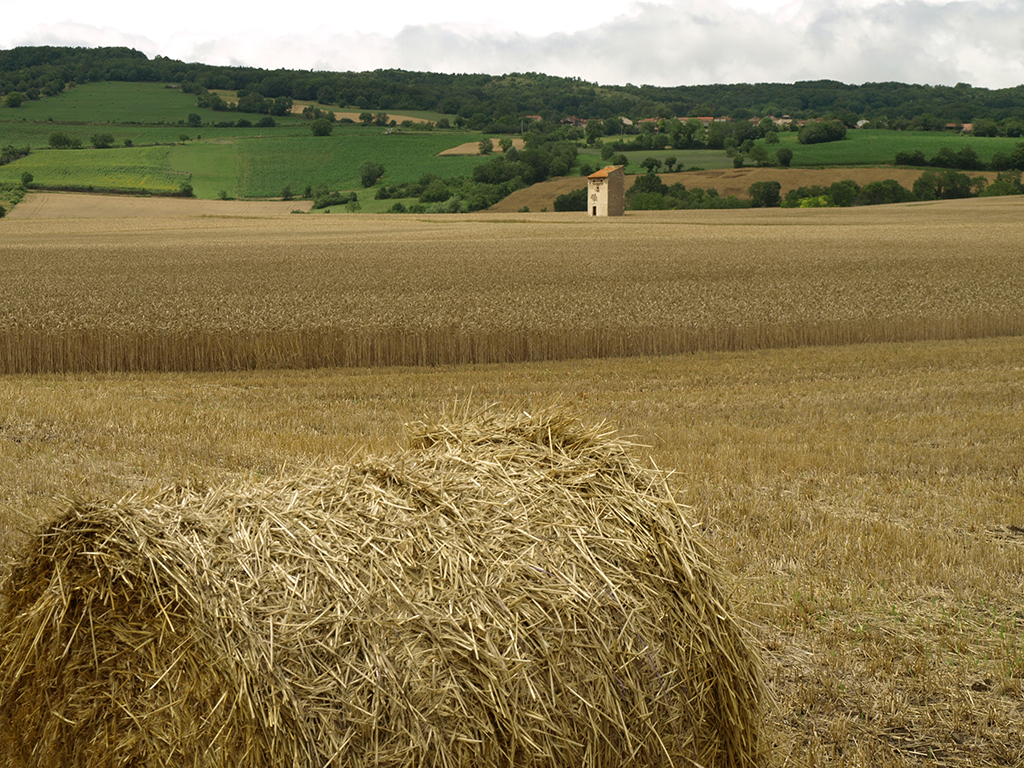 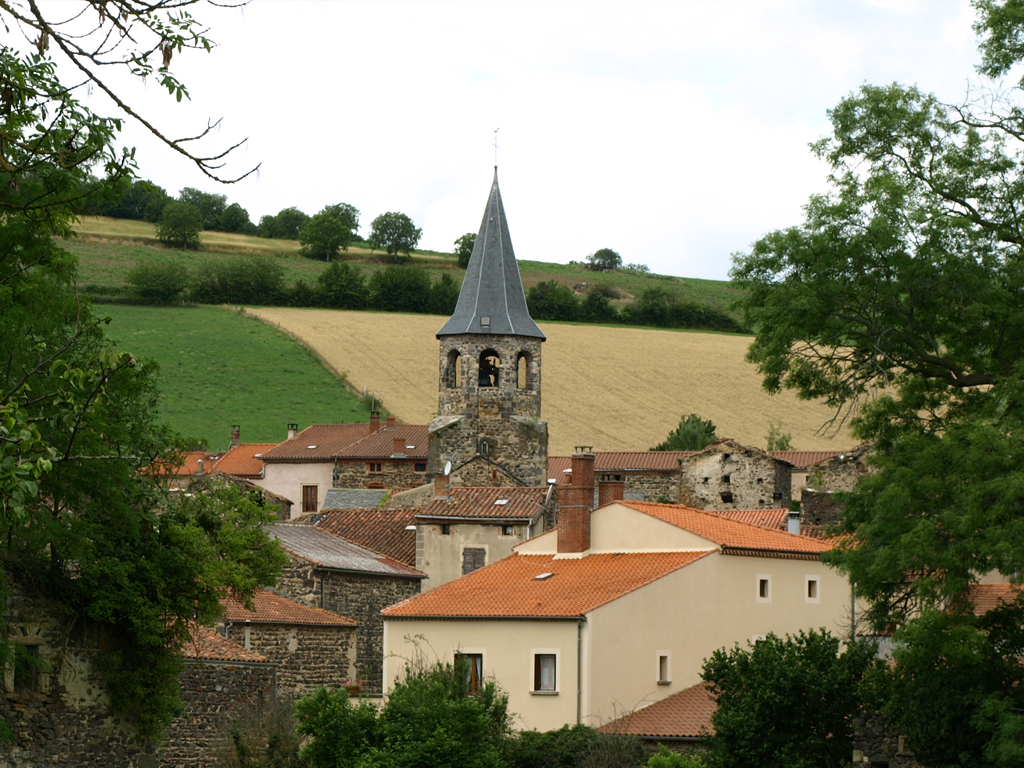 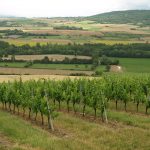 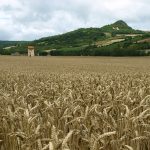 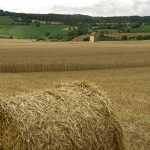 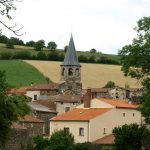 A hike through the Lembron valley, south of Issoire.

Starting point - From the starting sign located on a bus shelter, go down rue du Fort. Turn right, go between the fountain and the washhouse (Fort Villageois, church). At the end of the square, go up on the left the rue des Jardins then the rue du Teurail. At the T-junction, turn left and continue straight ahead until the first junction after leaving the village (stone cross, view of the plain and the villages of Le Lembron).

1 - Go down to the left. Cross the road and continue opposite for 150 m. Turn right along a wet ditch and continue to a footbridge crossing the Lembronnet. Immediately turn left onto the path along the stream. In Antoingt, turn left until you reach the place de la Fontaine.

2 - Turn right and go around the church by the Place du Foussat (octagonal bell tower, information panels, work to be done). At Place de l'Église, go down to the right. At the end of the Place du Square, go up Rue de la Pougère. At the crow's feet, continue straight ahead along the Chemin du Chamaret. At the first crossroads (iron cross), continue in front. At the fork, go up the path to the right, until you reach Vodable. At the Cross of Nazareth (cross, washhouse, fountain), turn left. At 150 m, cross the Chemin des Remparts and climb the narrow rue de l'Église (Christ of the 15th century). Cross the Place du Marchidial (fountain). Cross the door (Porte Neuve) and go up rue du Rocher to the left until you reach a flat spot.

3 - Go up to the right by the path of Panassat (view on the chain of Puys, the church of Ronzières, the plateaus of Gergovie, Corent, Pierre-sur-Haute). Ignore the paths on the right to an old oven. Go down to the right and then immediately to the left on a grassy path, for 30 m. Turn left again. In front of the entrance of the castle, turn right into the rue des Dauphins d'Auvergne and then go down the rue de la Liberté. In the bread oven, continue the descent via rue Gaultier de Biauzat. Cross the D124 to reach the church directly (Romanesque church of Colamine 11th century). Cross the cemetery and join a small road. Take it to the right. At a crossroads (iron cross), continue on the road to the left. Turn left after an agricultural shed to go down a wide path to a crossroads (view of Vodable, Solignat, Livradois, Forez).

4 - Go down to the left until you reach a washing-drinking trough. Turn right to cross Longchamp until you reach Place du Coudart (fountain and washhouse). Turn left on Chemin du Bourly. Reach Mareugheol directly by road (view of the plain and the villages of Le Lembron, Le Forez, Le Livradois).