Homepage I discover The blog Our 5 most beautiful panoramas 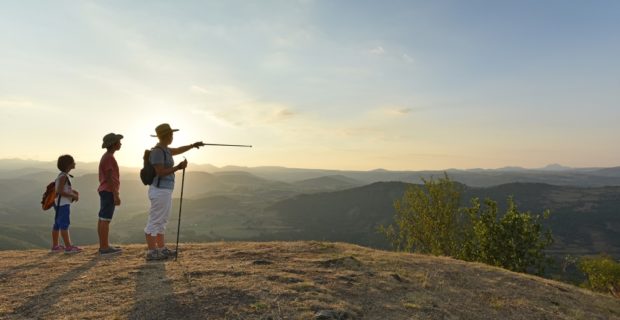 The word panorama comes from the Greek “pan”, everything and “horama”, what we see, spectacle.

Welcome ladies and gentlemen to Auvergne, in the Pays d’Issoire. Here, we offer you wonderful panoramic shows, at any time of the day, from early morning to sunset. You will see endless reliefs, puys, mountains chains, massifs, passes, peaks, valleys, plateaus, nestled villages, perched chapels… Come closer! Come closer! We deliver you our 5 most beautiful panoramas!

The peak of Brionnet: panorama on the Auvergne 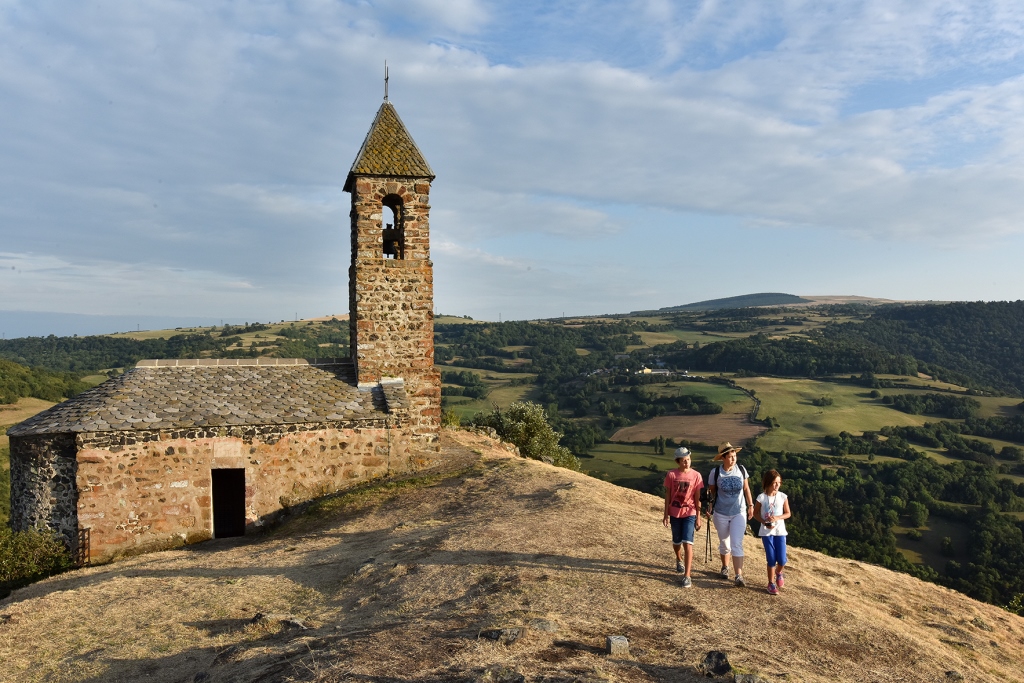 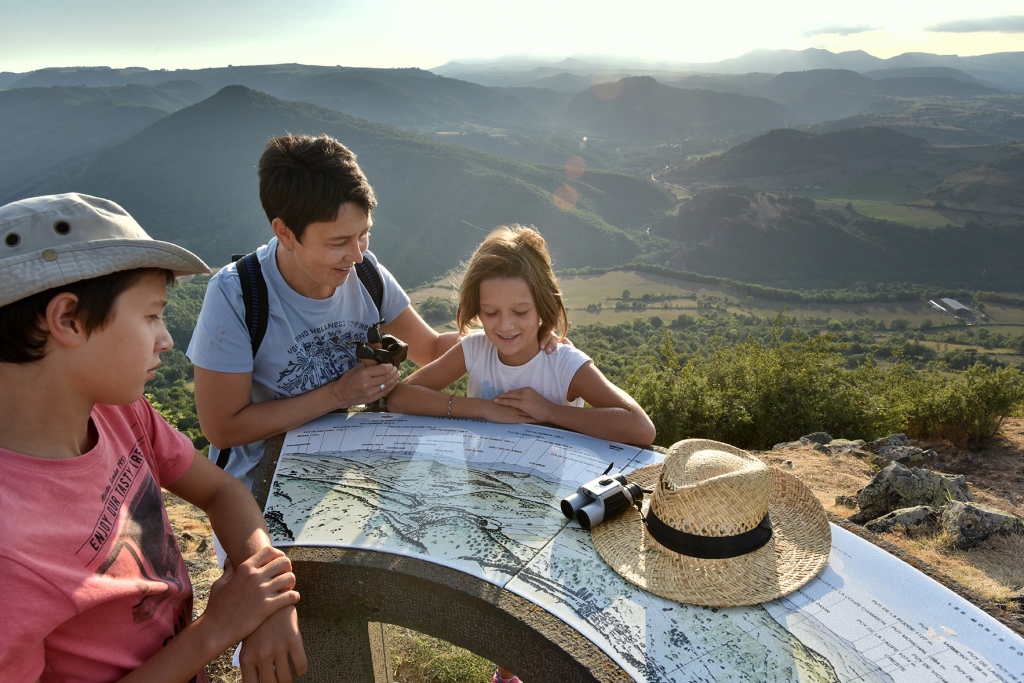 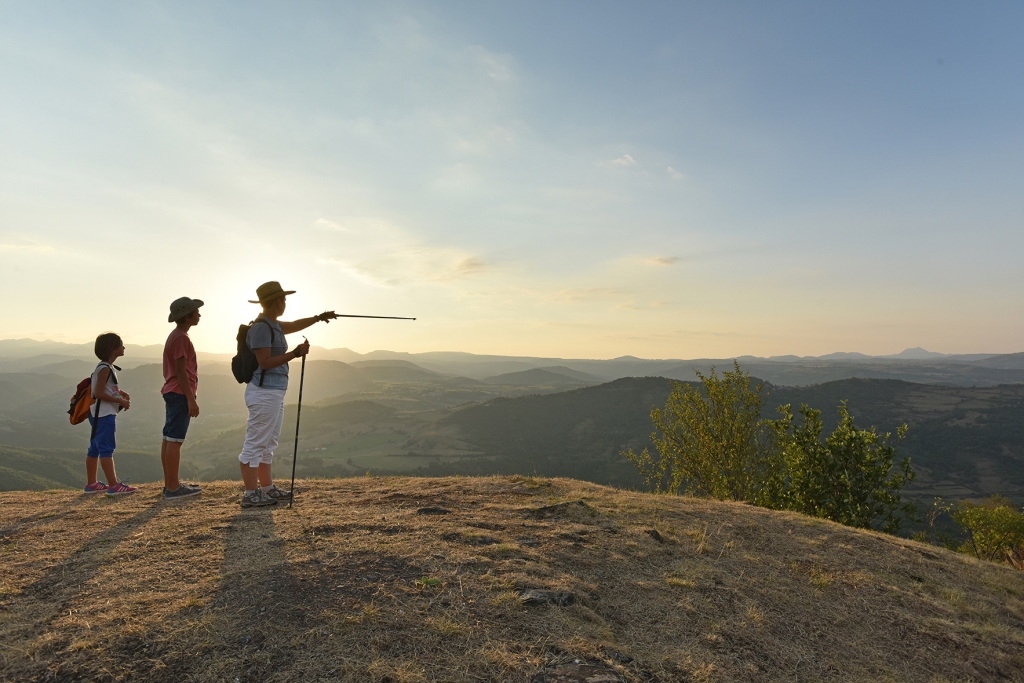 A peak, a chapel that dominates a basalt mass in the shape of a needle, basalt columns: the decor is set!  The peak of Brionnet dominates the beautiful village of Saurier at an altitude of 927 metres. From up there, believe us, the view is breathtaking! We count at the same time the Sancy massif, the Puy de Dôme and the Livradois-Forez mountains. Far from the noise and rush, it is a soothing place, ideal for rejuvenation.

To get to this site, you can walk from the village for a 3-hour hike, or from the summit for a 20-minute ascent.

The Usson Hillock: panorama and history 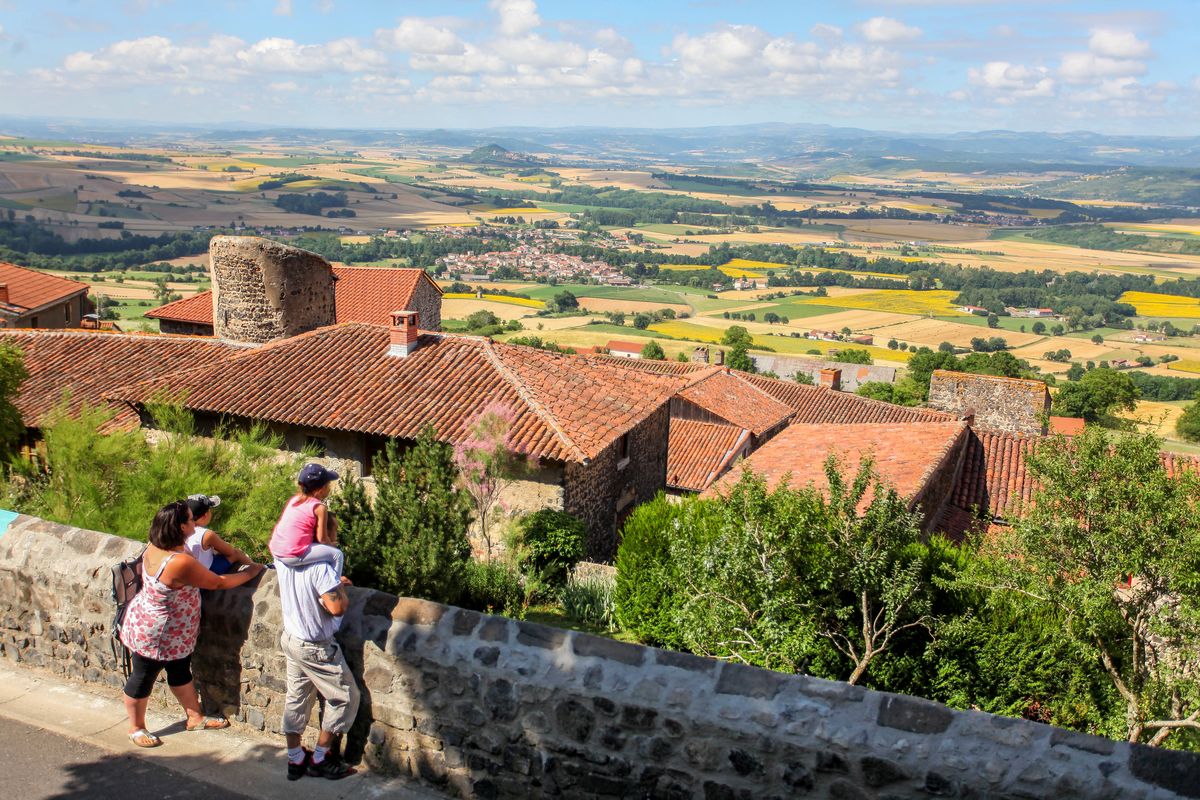 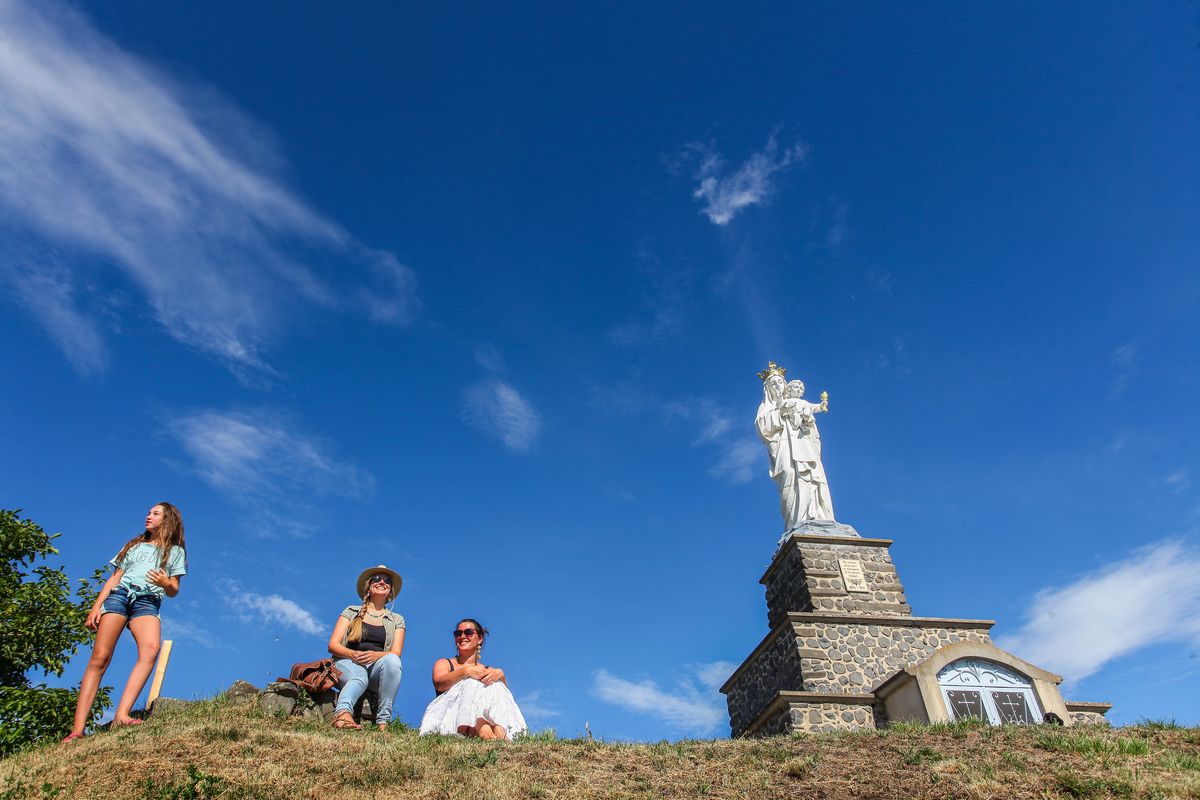 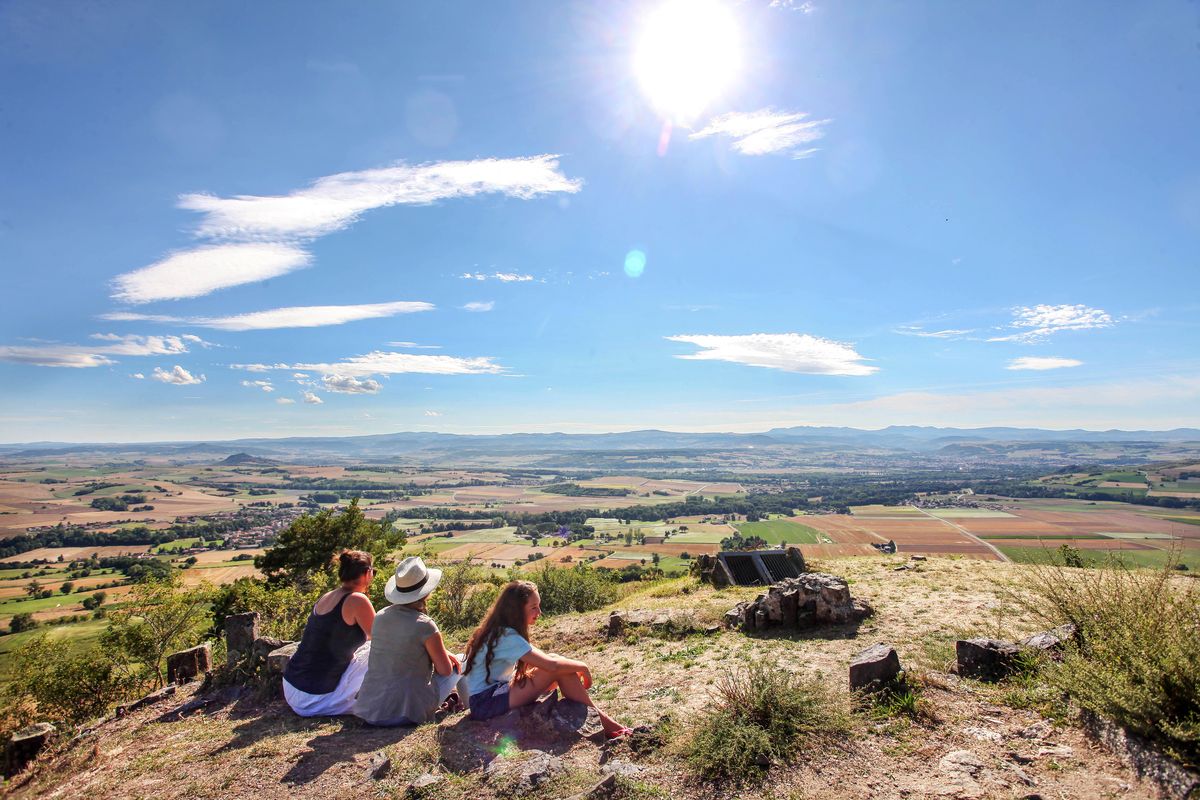 Perched on a volcanic peak in the Livradois-Forez Regional Natural Park, the first part of your panoramic session will be devoted to visiting the village of Usson, one of the Most Beautiful Villages in France. You will cross the village, observe its winegrowers’ houses, the traces of the old fortress, visit the church which houses rich furniture. You will then climb in 10 minutes at the top of the hill to the Virgin which offers a landmark to the aviators of the nearby aerodrome.

You have arrived! Sit down and imagine! A long time ago, Queen Margot, who was imprisoned for nearly 20 years in Usson, contemplated the same panoramas as you: the Chaîne des Puys, the Sancy, the Cézallier, the Monts du Livradois. The show is still as beautiful as it was before! 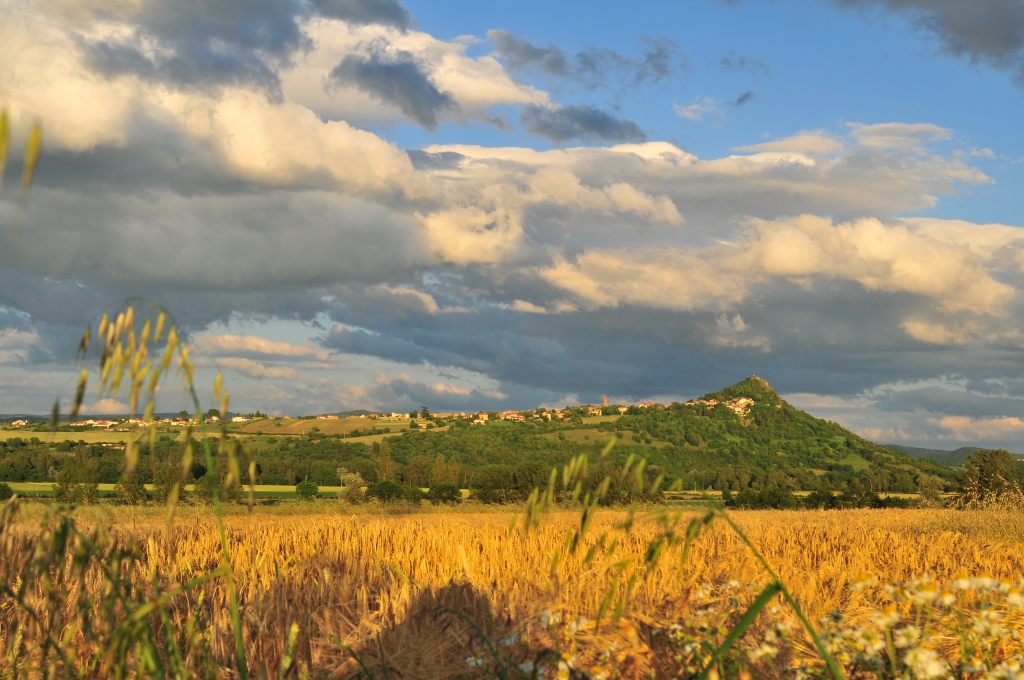 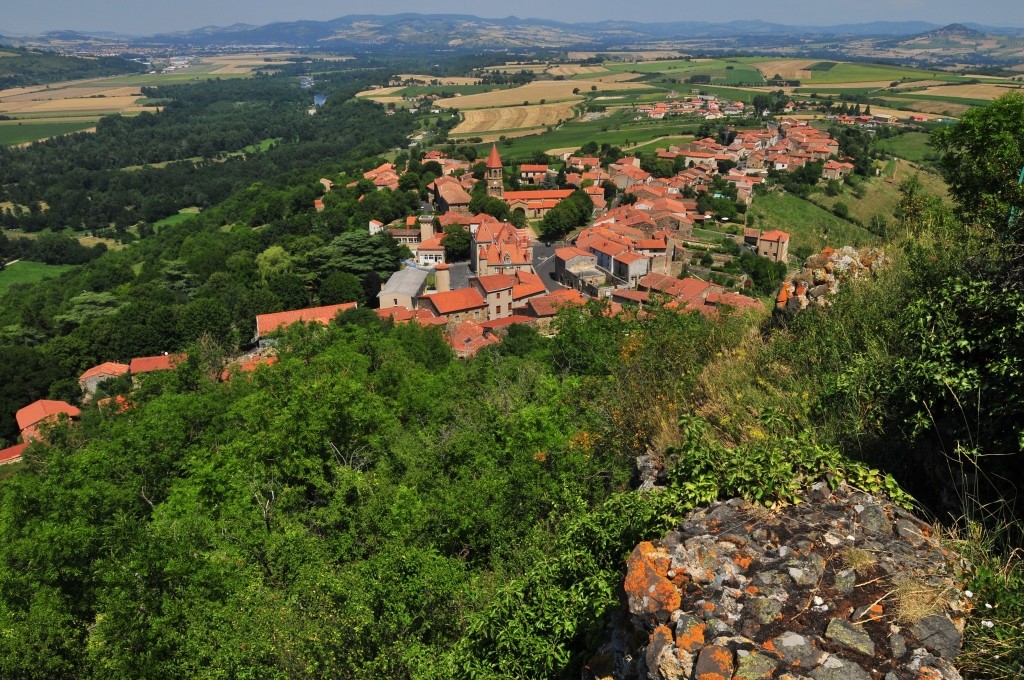 It is a strange rocky peak at the foot of which the village of Nonette has developed. At its feet, the Allier River continues its journey.  In the Middle Ages, the peak was topped with a castle that the Duke Jean de Berry transformed into a sumptuous residence. When you are up there, you will like to imagine this fabulous residence, drawn in a 15th century manuscript, the armorial of Revel.

Today, the castle is gone. But the view is still as stunning as ever and you can still admire some of the remains!

The chapel of Dauzat-sur-Vodable: perched panorama 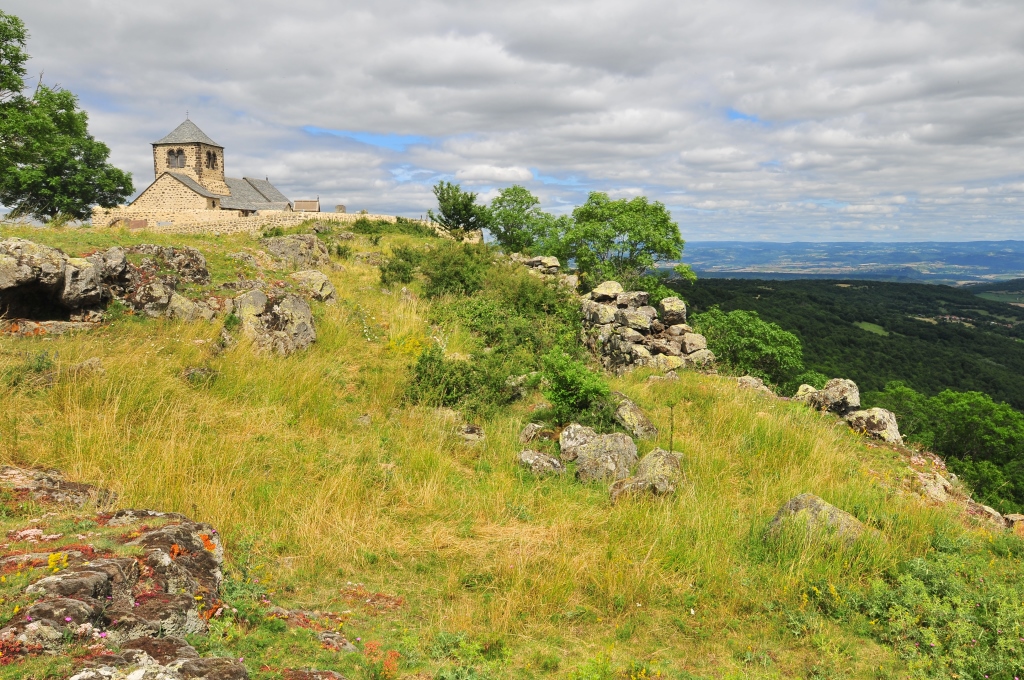 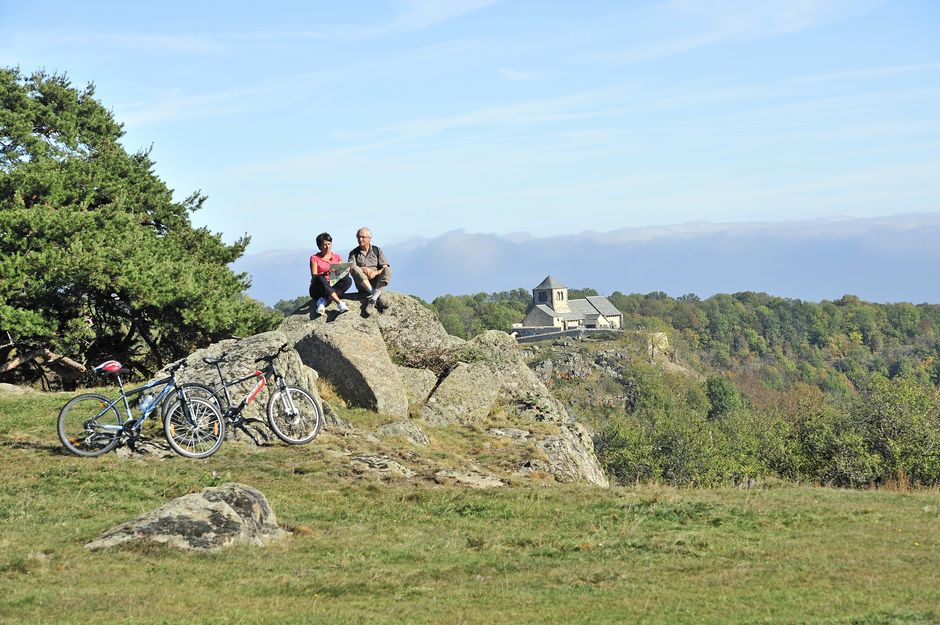 Here, the men made the most of their natural landscape, they perched their chapels! And it gives breathtaking panoramas. The perched chapel of Dauzat-sur-Vodable is one of those little-known but well worth a visit. The 12th century chapel rests on a basalt peak that comes from the Leiranoux flows. From up there, you will enjoy a superb panoramic view of the Couty valley and the Cézallier. 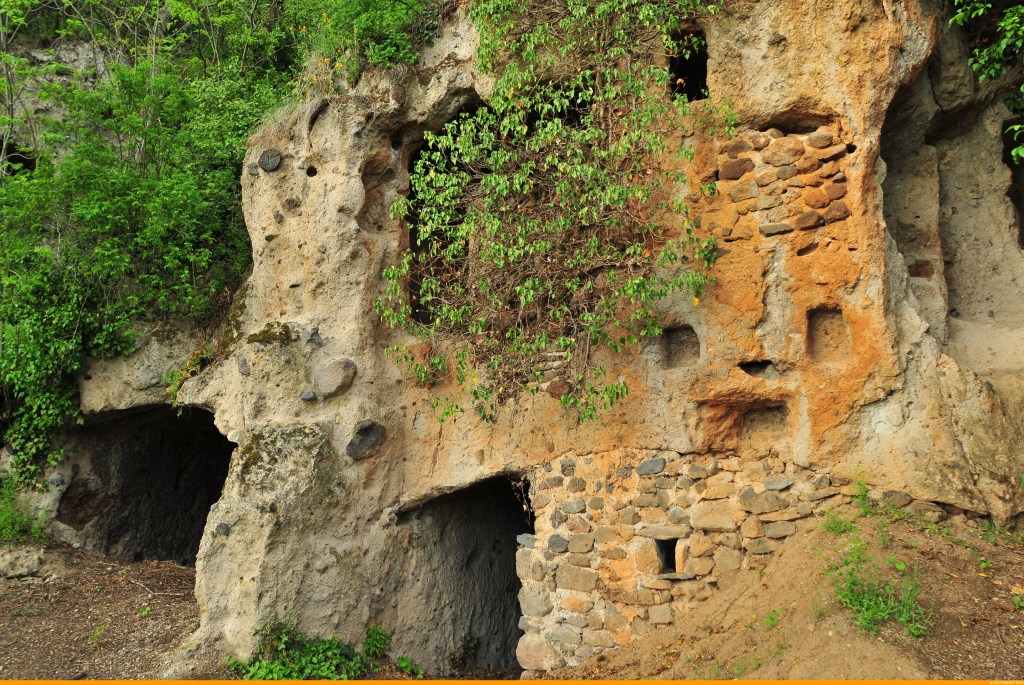 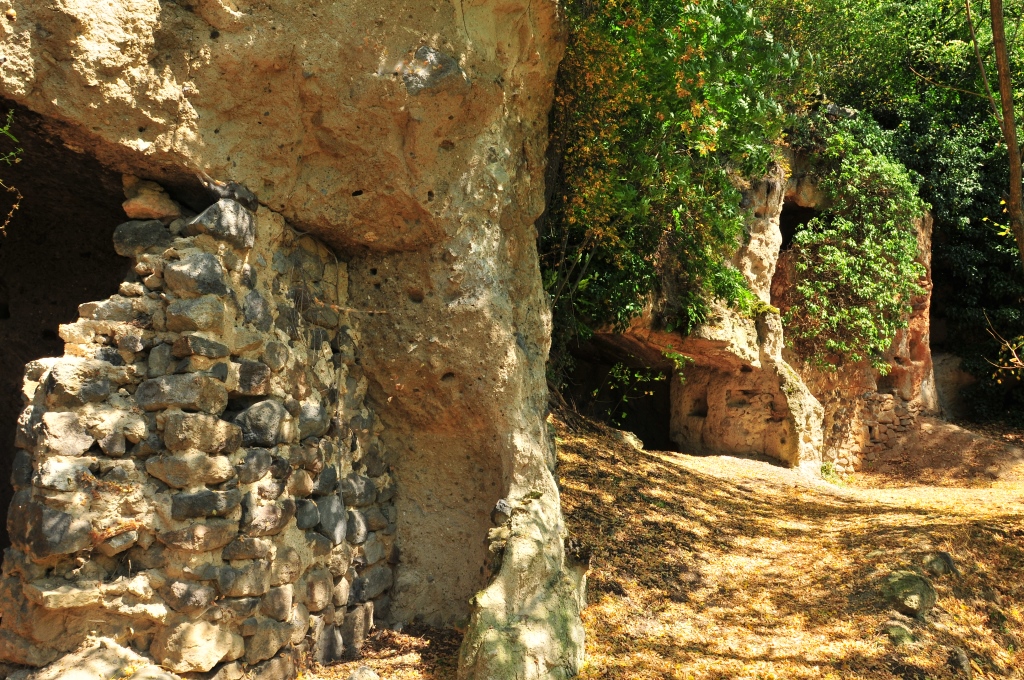 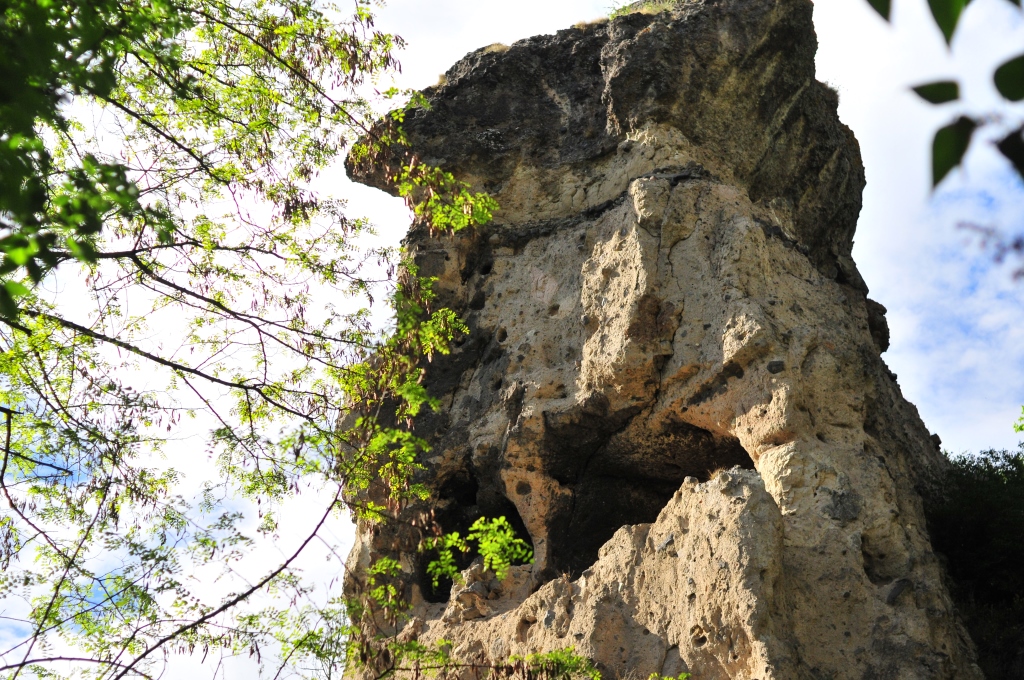 This is right next to Issoire, it’s not a peak but a plateau! Pay attention because the geological history is complex, but the result is worth a look. It has left spectacular forms of erosion and provided natural shelter with the Perrier Caves on the southern side of the plateau. These caves were occupied since the very first times and were still inhabited until the post-war period.

At the edge of the plateau, fairy chimneys enter the scene, whether in their infancy or doomed to collapse and fall one day, they offer a whole world of fantasy and panoramic views!

Discover the walk on the plateau of Pardines